So I have good news!!!!  I was able to get exempt from the jury duty!  Thank god because there are 2 coming up... and from what the judge mentioned they will last around 1 to 1 1/2 years!  That's 5 days a week...for a year 1/2.  Plus obviously at the end it will take the jury some time to review the evidence.  That would not have been good... So I used the fact that I have 4 kids!  The judge exempted me.  For once having those kids paid up lol.  Seriously it would not have been a good thing family wise.  Being out of work for so long...

I was totally exhausted after this.  What a rollercoaster of emotions.  I would make one lousy criminal because I was a nervous basket case to talk to the judge and the lawyers to tell them that I was not a good choice.

To relax tonight I made 2 cards.  I'm going to show you the 1st one. 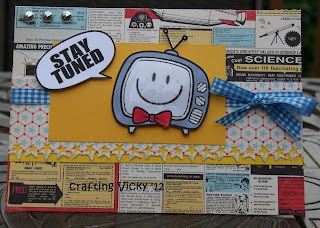 I used Retro TV from Birdie Brown as well as the sentiment Staytuned.  I used my copics to color it up and a CM silver pen for the nobs, then I used glaze all over the front to give it the glossy look like a real tube tv.  I used Rocket age 8x8 from October afternoon paper.  I thought it was the perfect retro feel for this.  I had some left over from my card from little summer boy so used the same star paper and used the ms border punch to make the stars.  I used Robin's Nest dew drops in silver in the corner.

Here's a closer look of the card: 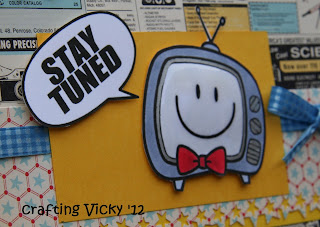 You can see that I pop up the tv and the sentiment.

I was soooo happy with my creation... then I put it in the plastic cover bag... and the glaze was not as dried as I thought it was.  So had to scrap the tv and the sign... you will see the background again in some other card :(  Like my daughter said, "at least mom you had taken the pictures"... she's right but it really still sucks.

I followed this sketch: 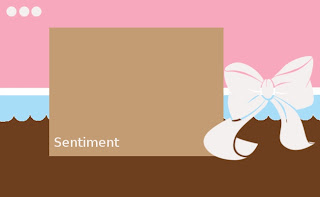 I'm entering this card in the following challenges:
So that's this creation.  I will be back with the next one ;)  Don't  forget to leave a comment, I love to read it. 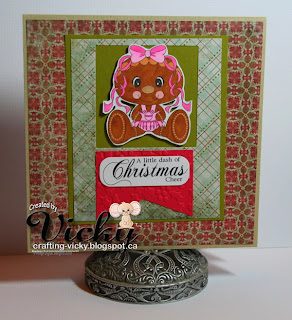 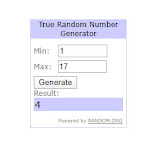 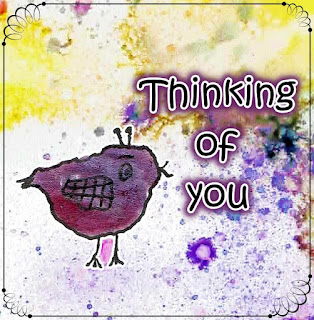 The newsletter has been sent out!  YAY.  I got very worried this month that I wasn't going to make one up because my inspiration felt like it had taken a break.... I had a lot of fun playing outside however because it's been beautiful here without being super hot.  However my plants do need a lot of watering. That might be one of the reason that I wasn't too inspired to be sitting in my studio working.  But as many artist mention it if you sit down usually inspiration will just come.  And that's exactly what happened. I made 2 freebies for you all.  I hope you will enjoy them.  You can just right click on the images and save them on your computer. Don't forget these are for your personal use and are not to be shared with others.  Send them along if they want to have the freebies. If you want more freebies don't forget to register to my newsletter, you can do this on my website here:  www.craftingvicky.com.  I also have been giving freebies to all my Patreons fr
Read more